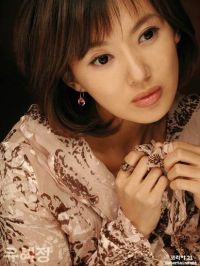 The celebrity couple yesterday confirmed reports they formally divorced on Jan. 19, but did not give a reason for their separation. Seo told reporters they had decided not to do so.

The marriage of the baseball star player and the actress in 1999 generated enormous media attention but the couple were said to have faced difficulties due to Seo's poor performance as professional baseball player.

Seo, 36, left the baseball last year. He is scheduled to leave the country for Japan soon to take a coaching course. Actress Yoo recently became active again on the nation's TV and movie screens.

"Celebrity couple get divorced"
by HanCinema is licensed under a Creative Commons Attribution-Share Alike 3.0 Unported License.
Based on a work from this source