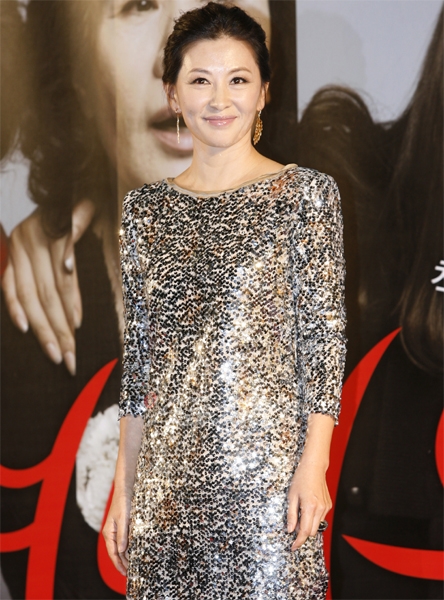 Lee Mi-sook's former management The Contents Entertainment put out a petition of appeal for 300 million won (~US$300,000) against her on the 15th.

Previously the Seoul District Court acknowledged that she didn't carry out her duty to fulfill the contract terms and ruled her to pay an amount of 100 million out of the requested 200 million won on the 11th.

The Contents Media Entertainment objected to the courts decision of 100 million although the whole 200 million was approved and requested for 300 million won again. Apparently there has already been an appeal for the 100 million ruled in the first trial and the former management is being unilateral.

Lee Mi-sook signed a three-year contract with The Contents Media in January 2006 but broke the contract in January 2009 and moved to Hoya Entertainment.

"[Celebrity News Station] Lee Mi-sook sued by former management for "Non-fulfillment of contract""
by HanCinema is licensed under a Creative Commons Attribution-Share Alike 3.0 Unported License.
Based on a work from this source