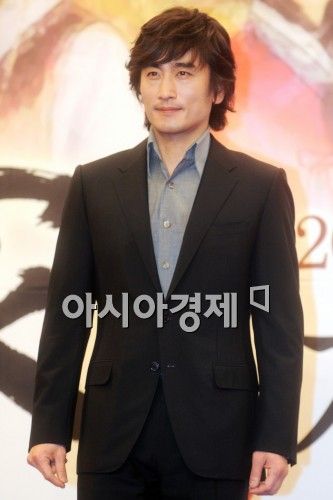 Korean actor Cha In-pyo will be joining kwon Sang-woo and Go Hyun-jung for the upcoming TV series "The Substitute Substitute", according to the show's production company Lee Kim Productions.

Lee Kim announced in a press release on Wednesday that Cha has been cast for the role of Kang Hyun-seok, a charismatic politician who falls in love with Ko's character Seo Hae-rim.

Based on a popular comic series of the same name, "Daemul - Big Thing" is about a gigolo played by Kwon, who helps a human rights lawyer played by Ko, to achieve her dream of becoming Korea's first female president.

"Daemul - Big Thing" had drawn much publicity when Ko chose the series as her next acting project after starring in last year's smash hit "Queen Seon-deok".

Cha, 42, rose to instant stardom when he starred in his first TV series "Love In Your Arms" (MBC, 1994) opposite actress Shin Ae-ra whom he later married.

"Daemul - Big Thing", which starts shooting this month, will premiere on the small screen on October 6.

"Cha In-pyo joins Kwon Sang-woo for TV series "Daemul - Big Thing" "
by HanCinema is licensed under a Creative Commons Attribution-Share Alike 3.0 Unported License.
Based on a work from this source