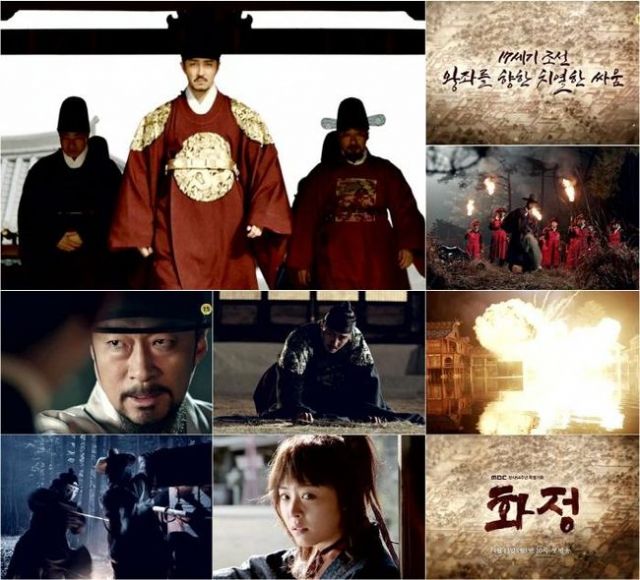 MBC revealed the second teaser trailer and still images of drama "Splendid Politics" through their Twitter. The caption MBC posted along with the still images says, 'Acting, Cinematography, Transformation, Successful!'.

"Splendid Politics" is a period drama portraying desire for power and jealously through the different political figures in Joseon. Producer Kim Sang-ho-I well known for "Fantastic Couple", 'Can You Hear my Heart', and 'Arang and the Magistrate', writer Kim I-yeong who has been leading MBC's period dramas such as 'The Horse Healer', 'Dong Yi', and 'Yi San', and the prestigious production company, 'KIMJONGHAK Production' pulled together to work on this new drama. It will premiere on April 13th after the completion of 'Shine or Go Crazy'.

"Cha Seung-won's 'Splendid Politics' teaser trailer unveiled"
by HanCinema is licensed under a Creative Commons Attribution-Share Alike 3.0 Unported License.
Based on a work from this source