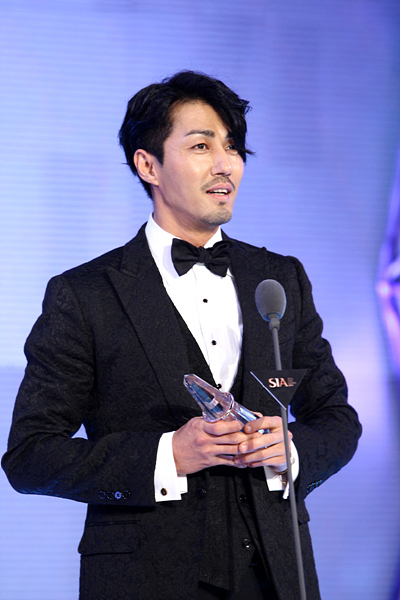 The "2011 Style Icon Awards" was held on November 3rd at CJ E&M Center in Seoul. Cha Seung-won won the "Style Icon of the Year" award, which is like the Grand Prize .

The 4th Annual "Style Icon Awards" is one of its kind in Korea, choosing characters who've introduced a new paradigm to life and style within the year.

Previously having come up on stage for the teen "Style Icon" award, Cha Seung-won said, "I am so happy to have won two awards for choosing the right productions and getting so much love".

He continued, "I don't know if I've shown enough style for me to win these awards but I thank you. I will become someone who always works hard and passionately".

"Cha Seung-won "The Best Icon of 2011""
by HanCinema is licensed under a Creative Commons Attribution-Share Alike 3.0 Unported License.
Based on a work from this source