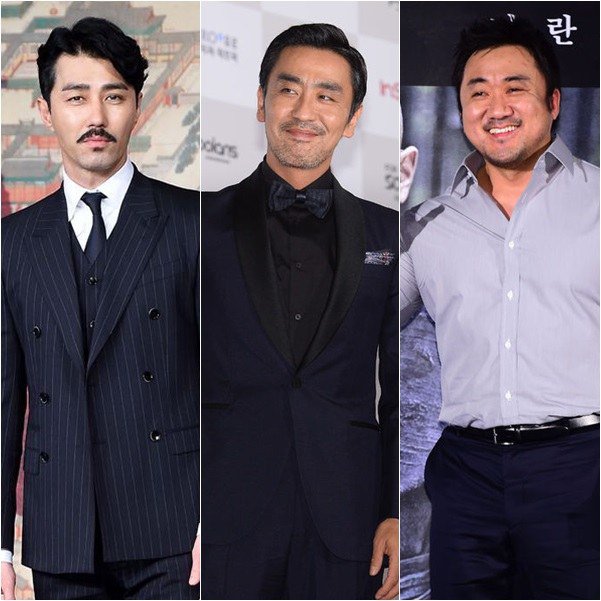 These men are competing for 'delivery'.

Cha Seung-won who became famous for being a good cook in the tvN show "Three Meals A Day", is modeling for the application Yogiyo. His cooking skills earned him the name 'Chajumma' and that's what landed him with this gig.

Not only that, Cha Seung-won appears comically in the commercial and adds fun to it. The ad is also supported by Choi Ji-woo, Yoo In-na, Lee Sung-kyung, Kang Seung-yoon and the Akdong Musicians.

Ryoo Seung-yong models for the application of issue, Baedal People. He copyrights, "What kind of people are we?" and this ad earned him the 2014 Korean Commercial Award.

Ryu Seung-ryong also goes with comedy. The scale of this ad has gotten bigger but he didn't get the call to re-sign so he called the company himself to re-sign.

Ma Dong-seok is the face of Baedal-tong. He is manly but cute at the same time so his friendly image seemed appropriate for the application.

Ma Dong-seok goes around carrying a metal delivery bag in the commercial.

It doesn't look like the 'delivery battle' between these three men will die easy.

"Cha Seung-won VS Ryu Seung-ryong VS Ma Dong-seok"
by HanCinema is licensed under a Creative Commons Attribution-Share Alike 3.0 Unported License.
Based on a work from this source