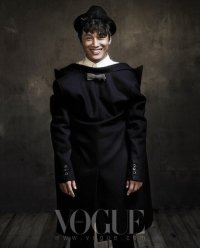 CHA's character is a former star whose career has dwindled down. Nowadays, he is a DJ at a local radio station. Out of the blue, a young woman shows up and claims to be his daughter. She will tell everyone and everywhere that she had a tough life without a father. While CHA's character is racking his brain whether she could be his daughter, the scandal spreads like oil on water.

CHA rose to stardom opposite of Jun Ji-hyun (a.k.a Gianna JUN) "My Sassy Girl", his latest film is the winter feel-good film "BA:BO" with Ha Ji-won. PARK played in "Our School E.T" starring comedian Kim Soo-ro.

"CHA Tae-hyeon returns with comedy"
by HanCinema is licensed under a Creative Commons Attribution-Share Alike 3.0 Unported License.
Based on a work from this source