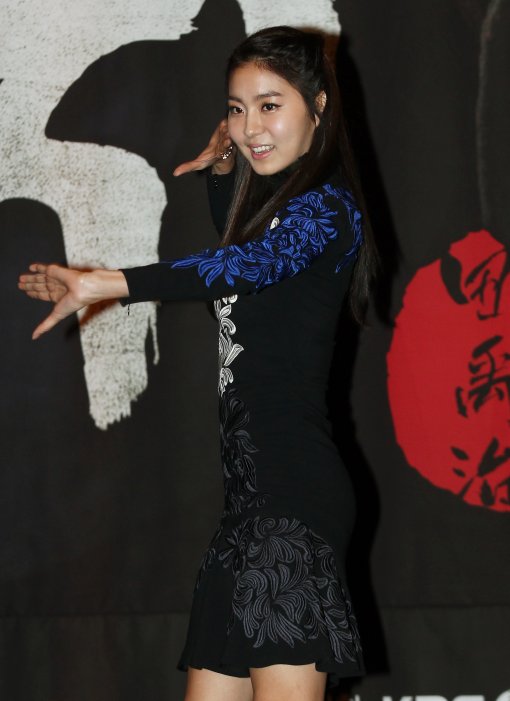 Actor Cha Tae-hyun and UEE showed their anticipation for their upcoming fusion historical.

In the leading roles for the KBS 2TV "Jeon Woochi - Drama", Cha and UEE couldn't hide their anticipation for the drama. Cha Tae-hyun said, "My son is already so into the martial arts in "Jeon Woochi - Drama". It's going to be a popular character for children. I am worried they might ask me to 'shoot' something at them". Cha Tae-hyun takes on the role of Jeon Woo-chi who lives under disguise for his revenge.

UEE who is attempting at her first action drama said, "I am about to show you action that seems like dancing". She takes on the role of the woman Jeon Woo-chi fell in love with but is cast under a spell and turns rogue. About the love line she is about to get tangled up with married man Cha Tae-hyun and Lee Hee-joon who has a girlfriend, UEE said, "I don't mind. I feel protected as an actress and a sister". "Jeon Woochi - Drama" will be aired for the first time on the 21st.

"Cha Tae-hyun and UEE, fist of love"
by HanCinema is licensed under a Creative Commons Attribution-Share Alike 3.0 Unported License.
Based on a work from this source