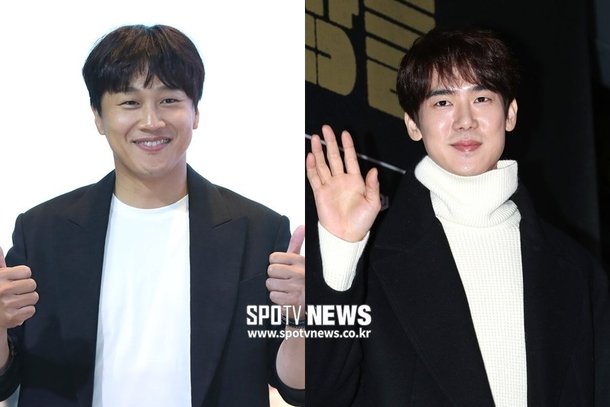 According to sources, Cha Tae-hyun and Yoo Yeon-seok are adjusting details for the film "Puppy".

"Puppy" follows a commotion caused by two men and a puppy. It is the latest film by "Midnight Runners" director Kim Joo-hwan. Choi Wooshik and Gong Myung were initially mentioned as the leading roles, but that fell through and Cha Tae-hyun and Yoo Yeon-seok have been picked instead.

Cha Tae-hyun is coming back with the OCN drama "Team Bulldog: Off-duty Investigation" this April, while Yoo Yeon-seok is meeting fans with the new tvN drama "Hospital Playlist" this coming 12th of March.