Cha Tae-hyun reveals, "My wife had a drink with Song Joong-ki, her friends got jealous" 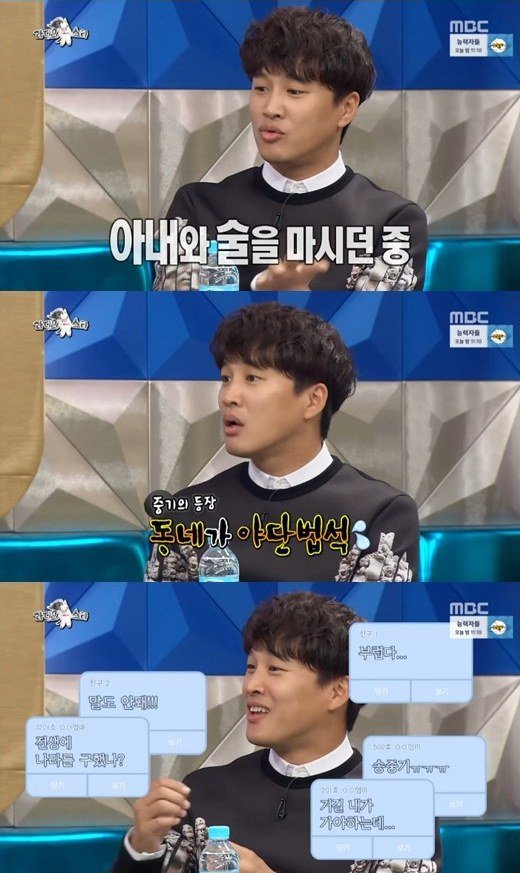 Cha Tae-hyun appeared in the TV talk show, "Radio Star" and opened up about an episode in which he realized Song Joong-ki's huge popularity.

The episode of MBC's talk show, "Radio Star" was broadcast under the title, 'We became your fan'. Cha Tae-hyun, Bae Sung-woo, Victoria and Choi Jin-ho guest-starred in the show.

Cha Tae-hyun revealed an episode about his wife "I witnessed my wife's mind changed so quickly for the first time in a while. How can she change her mind from Park Bo-gum to Song Joong-ki so quickly".

Cha Tae-hyun said, "Even our neighborhood ladies, who like Park Bo-gum usually, became worried. They said, 'how can she change her mind just like that'".

Cha Tae-hyun also revealed humorously, "I had a drink with Song Joong-ki several days ago near my house. My wife also joined us there. But the entire block got excited" and "I happened to see the text messages my wife received. All of the text messages said, 'I'm jealous', 'I think you must have saved the entire nation in your previous life' and all other similar messages'.

"Cha Tae-hyun reveals, "My wife had a drink with Song Joong-ki, her friends got jealous""
by HanCinema is licensed under a Creative Commons Attribution-Share Alike 3.0 Unported License.
Based on a work from this source