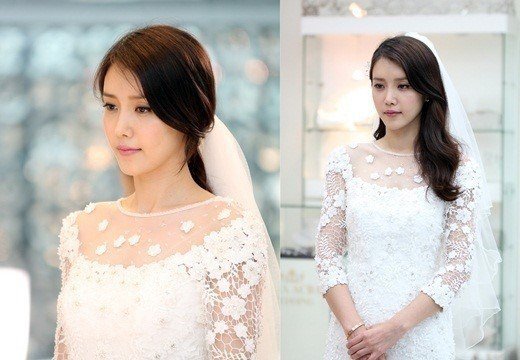 Chae Jung-an appeared in a Seol Special TV show "Some Men and Some Women" with Chae Yeon, Narsha and others.

This was Chae's first real entertainment show and in the middle of conversation with Chae Yeon and Narsha, she mentioned the time she got divorced.

Chae said, "I'm sure many didn't know I was married. I did once. It was very quick" and she was very cool about it.

Chae Jung-an said, "I didn't have plans to get married, but now I think it's time to change my mind. I should stop being so protective of myself and really fall in love".

Chae Jung-an got married in 2005 to a marketing company board member but got a divorce a year and a half later.

"Chae Jung-an appears in TV show and mentions divorce"
by HanCinema is licensed under a Creative Commons Attribution-Share Alike 3.0 Unported License.
Based on a work from this source