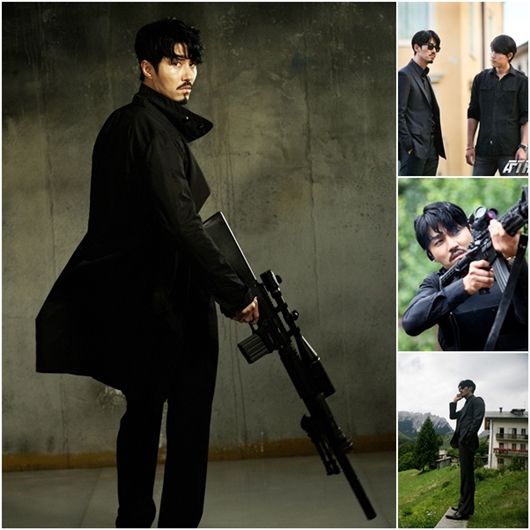 Cha Seung-won has been in Italy for the charismatic still-cut with his cold glare and the dark costume.

Cha's character is the best out of any Asian CIA agents and goes to Italy himself to save the president's daughter where he meets the Korean NTS agents. The global rescue mission becomes a reality to him and he takes on the "ATHENA" scheme.

There will be much action scenes with the costar Jung Woo-sung. The cold charisma is seen throughout this photoshoot.

"[ChanMi's drama news] Cha Seung-won's still cuts in "Athena""
by HanCinema is licensed under a Creative Commons Attribution-Share Alike 3.0 Unported License.
Based on a work from this source