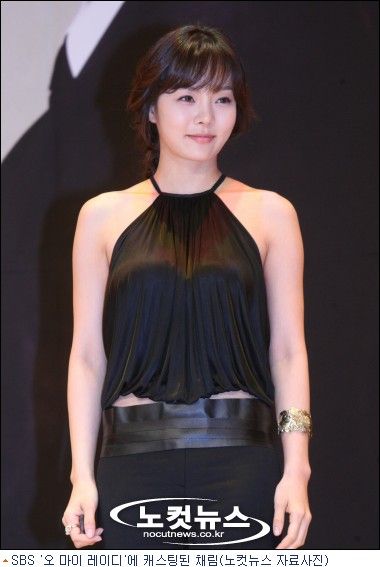 Chae Rim is making a comeback after a year of no work!

She will be in "Oh! My Lady" after the end of "Wish Upon a Star" this March.

A down to earth woman becomes an agent for a top star and experiences a comic romance! She is Yoon Ge-hwa who is lonely yet does not cry.

She has experienced divorced and was having financial struggles.

Her character wants to regain custody of her daughter who is living with the father. She becomes an agent for a handsome young star who also changes falling in love. The star will be acted by Choi Si-won, a pop singer in a group called 'Super Junior'. The poker face musical producer will be acted by Lee Hyun-woo-I.

"[ChanMi's drama news] Chae Rim returns !"
by HanCinema is licensed under a Creative Commons Attribution-Share Alike 3.0 Unported License.
Based on a work from this source