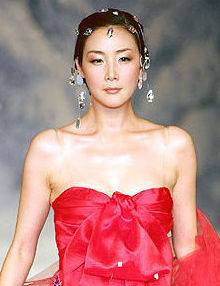 If we're lucky, the Asian star actress Choi Ji-woo will make a comeback through a drama. "Celebrity's Sweetheart" is an SBS drama hopefully starring Choi as top actress Lee Marie. The writer for "Lovers in Paris" has written this piece where Lee Marie will be chased by four men who show their affections for her. Many people related to this production are optimistic about this drama's success. Although Choi's company has not finalized anything yet, but it is under positive consideration.

Choi's last drama was "Air City" in July of 2007. Her comeback into the screens has taken her a year and 6 months.

"[ChanMi's drama news] Choi Ji-woo returns through "Oh! My Goddess""
by HanCinema is licensed under a Creative Commons Attribution-Share Alike 3.0 Unported License.
Based on a work from this source