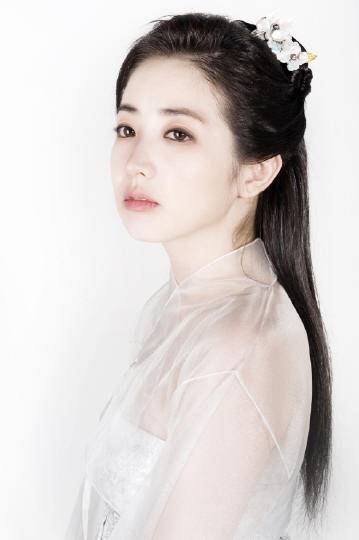 It's her first challenge to a historical fiction drama for Choi Jung-won previously from "Famous Princesses". She will be an elegant Puyo princess in her new drama.

The special drama "Land of wind" will be aired next month. Choi's profile cut has been released this 29th as a teaser.

The Puyo princess, Yeon becomes a wife of Moo-hyool, the enemy nation's king.

In the picture she is no longer the rompish fashion leader from her previous drama and has changed 180 degrees into a mysterious and enchanting lady.

Choi has admitted that she had a hard time being this new character because it is so different from 'Mi-chil' her old character.

"[ChanMi's drama news] Choi Jung-won returns as a Puyo princess"
by HanCinema is licensed under a Creative Commons Attribution-Share Alike 3.0 Unported License.
Based on a work from this source