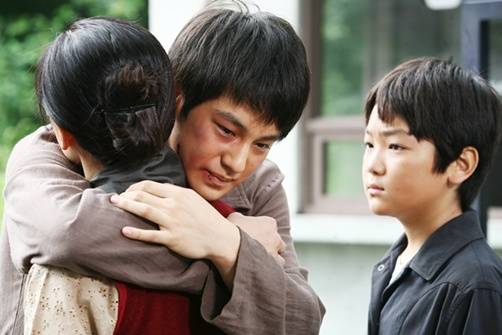 Kim Beom said that he has no regrets for acting as the wretched child part of Song Seung-heon in "East of Eden".

In "High Kick!" he was the friendly neighbor. In "East of Eden" he is a troublemaking tough guy.

The audience was surprised by his outstanding emotional acting as the child actor of Song Seung-heong's character, Dong-cheol.

People are even saying that the episodes 3 and 4 are made for Kim Beom. He revealed his improved acting being the malicious boy, Dong-cheol.

"[ChanMi's drama news] Kim Beom, "no regrets""
by HanCinema is licensed under a Creative Commons Attribution-Share Alike 3.0 Unported License.
Based on a work from this source