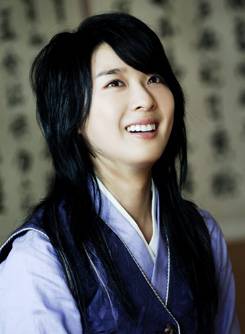 Han Da-kyeon acted by Lee Chung-ah is a femal investigator who seems joyful and bubbly but actually carries wounds and burdens about her past.

It is known that Lee has practiced horseback riding for "The Good, the Bad, the Weird" for 6 months and learned martial arts for "Ssunday Seoul" for four months but her scenes have been cut out a lot and didn't bring as much benefit for her.

However, the two talents have come to a big use for this new cable channel drama. She will be enjoying and also working hard for this new action and mystery drama.

"[ChanMi's drama news] Lee Chung-ah returns through "Chosun Science Investigator""
by HanCinema is licensed under a Creative Commons Attribution-Share Alike 3.0 Unported License.
Based on a work from this source