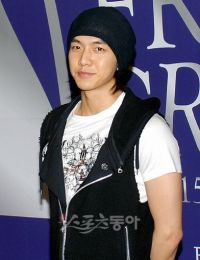 Singer and actor Lee Seung-gi has decided to not be in the new drama "Iljimae Returns - Moon River". Lee Seung-gi has been practicing his part very hard because this drama would have been his first for being the main character. After the casting, he has been going to action school to learn marial arts and to work out. Thus, giving up the drama after all the effort was hard.

The biggest reason for giving up this drama is because the filming dates for this drama changes from time to time, thus it would be hard to make it work around his regular schedules for his album, radio, and variety programs. He still is striving to be a successful actor, so he will definitely try to look for another drama to part take in..

"[ChanMi's drama news] Lee Seung-gi will not be in MBC Iljimae"
by HanCinema is licensed under a Creative Commons Attribution-Share Alike 3.0 Unported License.
Based on a work from this source