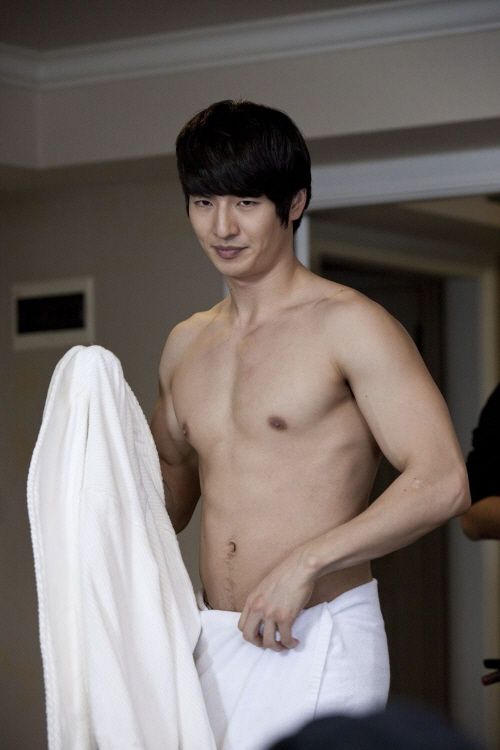 Actor and singer Son Ho-young has been in his first bed scene!

Son is in the new drama "Birth of a Rich Man" and where in the first episode will be father of Seokbong acted by Ji Hyun-woo to show how he became the rich dad.

In the bed scene, Son is topless and is showing off his 6 pack abs and muscular body!

Son is the father who is mysterious and handsome who spends a passionate night with Seokbong's mother and goes off on a business trip leaving his contact information.

Seokbong's mother loses this contact information and ends up raising the son on her own without ever seeing the dad again. Seokbong is in search of his rich dad when he becomes a grown man.

The comic melodrama will be about the top 1% royal family starring Lee Bo-young, Ji Jyeon-woo, Lee Si-young, and Namgoong Min.

"[ChanMi's drama news] Son Ho-young's surprise guest starring in drama"
by HanCinema is licensed under a Creative Commons Attribution-Share Alike 3.0 Unported License.
Based on a work from this source