[ChanMi's drama news] Yunho from DBSK is in a new drama!

Yunho from the boy artist group DBSK is in the new drama "No Limit" costarring with Go Ara and Lee Yoon-ji for which they had their first script reading!

The actors and actresses had to read the script as though they were really acting on the sets. The cast tried their best to understand their characters. They are going in real practice and training for their roles. 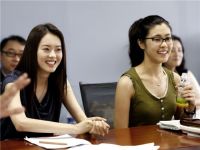 "[ChanMi's drama news] Yunho from DBSK is in a new drama!"
by HanCinema is licensed under a Creative Commons Attribution-Share Alike 3.0 Unported License.
Based on a work from this source