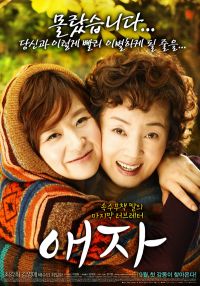 The main cast for the film "Ae-ja" Choi Kang-hee and Kim Young-ae have acted as mother and daughter. The film has been released last 31st and they have been around thr country for movie premieres.

This film is predicted to be this year's moving and sentimental film. The response to this film was like a great explosion, a lot of emotions and expressions overwhelmed the viewers.

This film is going to be released in all theaters this 9th!

"[ChanMi's movie news] Choi Kang-hee makes audiences cry"
by HanCinema is licensed under a Creative Commons Attribution-Share Alike 3.0 Unported License.
Based on a work from this source