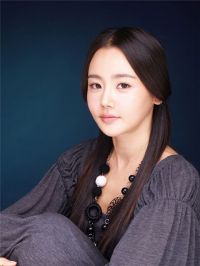 Actress Hwang Woo-seul-hye has been casted as the main female character for the film, "The Day Before".

She will be taking the role of Mia who is not talented in cooking, but is persistent in running the restaurant by the beach. She is not interested in other people's work, but only her own. She is tough yet loyal.

The other character by Kim Nam-gil is a professional chef who was unfortunately is misunderstood and is imprisoned!

Hwang Woo-seul-hye has previously been in the film, "Crush and Blush" and "Speedy Scandal".

From now on, she will be in "Thirst" and "Searching for the Elephant" in the year 2009!

This film will be filmed starting from late February.

"[ChanMi's movie news] Hwang Woo-seul-hye casted for "Big Storm""
by HanCinema is licensed under a Creative Commons Attribution-Share Alike 3.0 Unported License.
Based on a work from this source