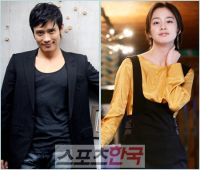 "IRIS" is anticipated to be another hit drama!

However, starring Lee Byung-hun and Kim Tae-hee one of the top of the top stars in Korea, the drama is not yet ready to be filmed! Why?

Because there is no producer who will step up to this great Million dollar project!

This is a very troubling situation where such a big project is not even being started because no producer will work with it.

The main stars might be a big burden or such a large investment on this drama might be a critical point that producers are reluctant to be the directors for it. Finishing up the rest of the cast has not even been finished! What will happen to this drama? No one knows, let's hope it will be filming soon!