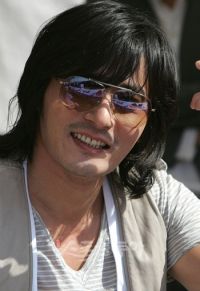 Jang Dong-gun's debut film in Hollywood is being released to the public in Europe also next year!

This film is hitting the market worldwide!

"Laundry Warrior" ("The Warrior's Way") is finishing up filming last half of this film starring Kate Bosworth and Geoffrey Rush. The producer for the movie "Lord of the Rings" is also producing this film.

The film will be released in March 2009 in time for starting the summer season.

It is about an Asian Warrior who has crossed the seas and arrived in the wild West of the U.S where his adventure begins.

"[ChanMi's movie news] Jang Dong-gun, "Laundry Warrior" ("The Warrior's Way")"
by HanCinema is licensed under a Creative Commons Attribution-Share Alike 3.0 Unported License.
Based on a work from this source