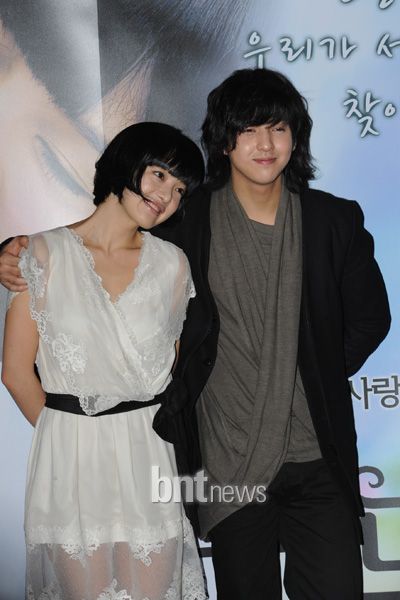 At the Lotte Cinema Avenue, the film "Jumunjin" press release has been held.

The cast Hwang Bo-ra and Kim Ki-bum have been there.

It is about a ghost acted by Kim Ki-bum who cannot leave a place where he lost his love and Jini acted by Hwang Bo-ra who heard the rumor that there was a spirit in the pension but still decides to run the place.

The two meet and start a new love.

This film will be released on January 21st.

"[ChanMi's movie news] Kim Ki-bum and Hwang Bo-ra return through a new film"
by HanCinema is licensed under a Creative Commons Attribution-Share Alike 3.0 Unported License.
Based on a work from this source