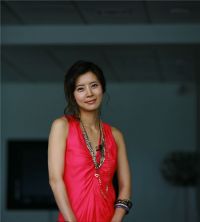 Yoo will be the character Lee Yeong-ji. Yoo Sun has a mysterious image and a great talent for acting so she will be perfect for the character Yeong-ji who has a lot of past and secrets.

Yoo Sun also said that she is honored to be part of the cast and to work with the director.

"Moss" is about a countryside where the people live on their own but are intruded by a young man revealing manysecrets that have been covered over the years. The film stars Jung Jae-young, Park Hae-il, Yu Jun-sang, and Yoo Hae-jin. THe film will be filmed starting this August!

"[ChanMi's movie news] New film, "Moss" stars Yoo Sun"
by HanCinema is licensed under a Creative Commons Attribution-Share Alike 3.0 Unported License.
Based on a work from this source