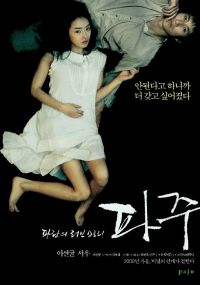 "Paju" is a new film starring Lee Sun-kyun, and Seo-woo who are completely different characters in this film.

The poster has been released for the movie's promotion.

New actress Seo-woo has been in a different poster recently in a rebellious image. And here, in a new teaser poster Lee's poster shows him in a very strong and tough charisma.

We saw Lee in a lot of gentle and romantic characters however, in this film Lee will be dangerous and secretive in trying to hide the truth about his wife's death.

This film is almost finishing up! It will be relased this late Fall!

"[ChanMi's movie news] "Paju" starring Lee Sun-kyun"
by HanCinema is licensed under a Creative Commons Attribution-Share Alike 3.0 Unported License.
Based on a work from this source