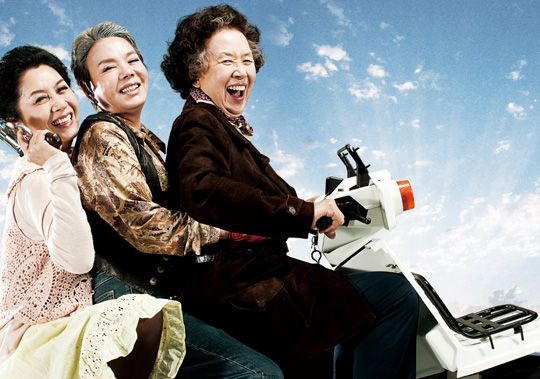 More than advertisements, it's good rumor that makes viewers seek this film.

The story is about grandmothers who are bank robbers! They are spontaneously bringing laughter to the audience.

There is not only laughter but also a good story of friendship and family ties.

"[ChanMi's movie news] "Revolver Gangster's Gang" hitting million viewers"
by HanCinema is licensed under a Creative Commons Attribution-Share Alike 3.0 Unported License.
Based on a work from this source