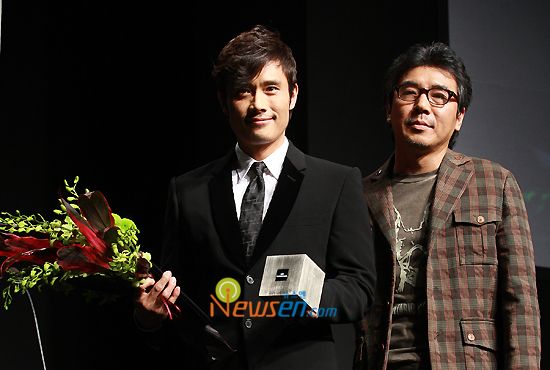 Top star, Lee Byung-hun is in the new Director Kim Jee-woon's film, "I Saw the Devil".

Lee's agency, BH Entertainment confirmed through that phone that he is in this movie but it has not been written in papers, yet.

He is in this director's film for the third time after "A Bittersweet Life" and "The Good, the Bad, the Weird".

"I Saw the Devil" is about a psychopath serial killer who is chased by a man seeking revenge because he lost his lover. Lee is the man who lost his girlfriend.

The costar will be Choi Min-sik who will be the vicious killer. He had been in the film, "Old Boy".

"[ChanMi's movie news] "Saw the Devil" starring Lee Byung-hun"
by HanCinema is licensed under a Creative Commons Attribution-Share Alike 3.0 Unported License.
Based on a work from this source