[ChanMi's movie news] Shin Hyun-joon returns to the screens in a year! 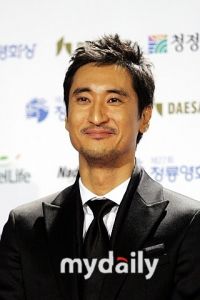 Movie star Shin Hyun-joon is in a film as an agent for the first time!

He has been away from the screens for a year and is coming back! Shin is in a mystery film, "Sin of a family" as Agent Jo. This film is about a kidnapping incident that leads to a murder.

Shin's character is a troublemaking agent who is in a suburb but is met with a serious child kidnapping case. He is experiencing a great new character!

His last films have been "Last Present - 2007" and "Kill Me" (not yet released) with with Kang Hye-jung. Shin has been an actor for 20 years and it is his first time as a detective agent. Shin has a lot of fashionable outfits to fit the today's young audiences. This movie will start filming this September.

"[ChanMi's movie news] Shin Hyun-joon returns to the screens in a year!"
by HanCinema is licensed under a Creative Commons Attribution-Share Alike 3.0 Unported License.
Based on a work from this source