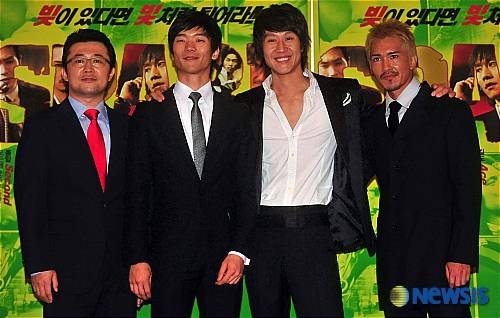 Another press conference for the release of a new action film, "Spare" has taken place.

This action film is a real film with no use of CG (Computer Graphics).