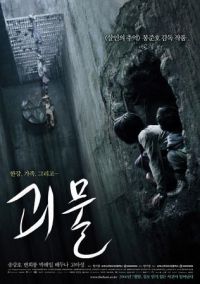 The hit film, "The Host" has a sequel coming soon!

This film has been chosen as 2009 Global Project and is being supported by the technology innovations company for the two years as it will be produced.

The movie's scenario and cast will be chosen soon. It is planned to be released in 2011!

"[ChanMi's movie news] "The Host" sequel!"
by HanCinema is licensed under a Creative Commons Attribution-Share Alike 3.0 Unported License.
Based on a work from this source