[ChanMi's movie news] "The Man From Nowhere" has a great start 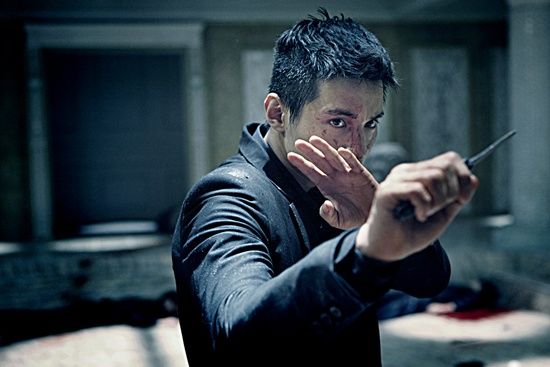 Won Bin is the main character for the movie, "The Man From Nowhere" which had been released this year.

It has only been out for 5 days when it has already hit 1 million viewers.

The CJ Entertainment said that it has only been a first week for this great turnout.

Other films that had the similar audience was "Secret Reunion" and "71-Into the Fire" along with "Moss".

Currently, this film is number 1 in the box office along with foreign films like "Inception" "Salt" and "Toy Story 3".

This movie is about Taesik acted by Won Bin who has turned his back against the world because of his wounds. He tries to save his only frien, the girl next door called Somi acted by Kim Sae-ron. He becomes a hero in this film and has become 180 degrees different!

"[ChanMi's movie news] "The Man From Nowhere" has a great start"
by HanCinema is licensed under a Creative Commons Attribution-Share Alike 3.0 Unported License.
Based on a work from this source