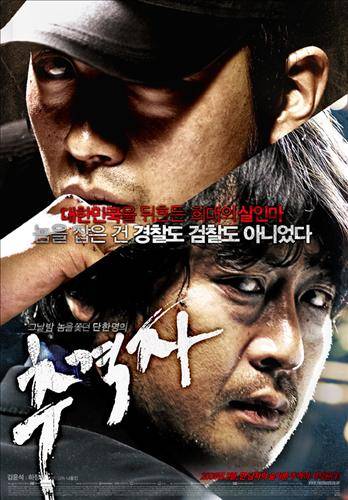 Many U.S directors are interested in buying "The Chaser" movie's scenario for a Hollywood remake!

"The Chaser" was released this 18th and right away, many top class directors are waiting for the scenario including writer William Monahan from the movie "The Departed"!

There is talk that Leonardo DiCaprio might become the main character for this remake movie. Roy Lee, Vertigo Entertainment spokesperson said that the world star Leonardo DiCaprio has been moved by this movie. And he is deciding which role he wants to take.

Roy Lee has also said that "The Host" has also been talked about for remaking in Hollywood by Gore Verbinski who produced "Pirates of the Caribbean". The movie's scenario and place of filming will be formatted to fit to the U.S and world audience.

"[ChanMi's movie news] U.S Directors love "The Chaser""
by HanCinema is licensed under a Creative Commons Attribution-Share Alike 3.0 Unported License.
Based on a work from this source