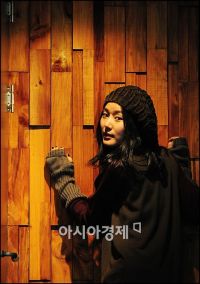 She is starring as Yoon Jin-seo in her new film "Wolf".

Yoon Jin-seo has a calm tone of voice. And in this fold, she is the character portrayed with serious art not only for entertainment. She is not a generic character, rather, the character is very complex, she has been wounded and hurt by people repeatedly.

The film is about a woman who carries wounds from the Wolf Station bomb incident 30 years ago.The character declares that her brother even felt the bomb explosion from inside her mother's womb. Jin-seo's older brother acted by Uhm Tae-woong is also struggling to live in this world that is hard to understand. The two are orphans and live in a world full of destruction.

Jin-seo character has to take in violent men's actions and the world continues to hurt her body and world. However, this character has hope and is confident in her heart that she is not stupid so she can press on. 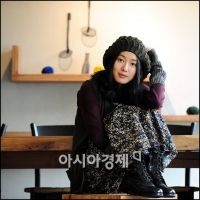 "[ChanMi's movie news] "Wolf" stars Yoon Jin-seo"
by HanCinema is licensed under a Creative Commons Attribution-Share Alike 3.0 Unported License.
Based on a work from this source