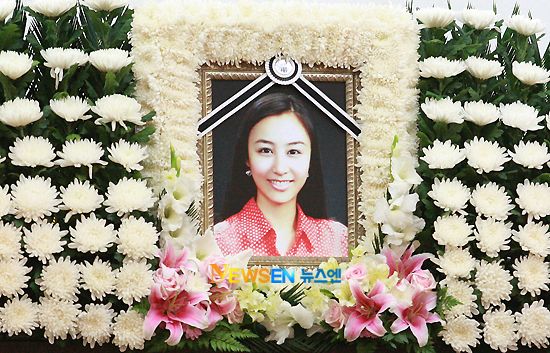 Actress Kim Min-kyeong-I has ended her short life at the age of 29. There has been a funeral held this day for her.

The actress had been fighting cancer and brought much mourning after her death when she lost the battle against the disease.

She had been in "Damo" and "Ruler of Your Own World" along with other works.

May you rest in peace Kim Min-kyeong-I.

"[ChanMi's star news] Actress Kim Min-kyeong-I passed away after battle against cancer"
by HanCinema is licensed under a Creative Commons Attribution-Share Alike 3.0 Unported License.
Based on a work from this source