[ChanMi's star news] "Bedevilled" to be released in September 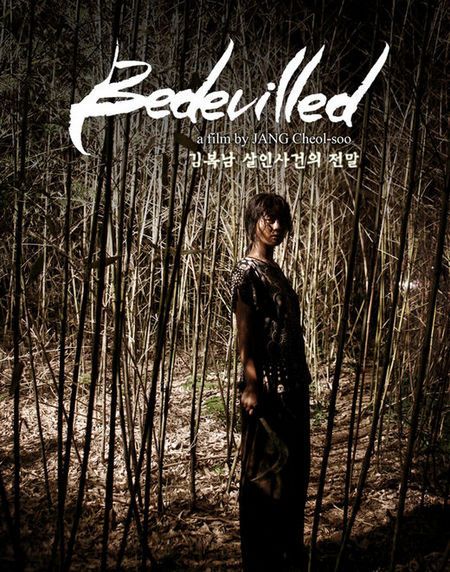 The bloody revenge story about Kim Bokbam's Murder Case will be released this September 2nd. "Bedevilled" was presneted at the 63rd Cannes Film Festival.

This 14th Bucheon International Fantastic Film Festival Production Award, Female Actress Award, and Fuji Film Award has been given to this "Kim Boknam" film. In the movie, the peaceful island away from the rest of the world is occupied with 9 different people who one by one are dying. This is a great thriller. Kim Boknam is a woman who has never left the island whose tragic life and revenge. The message of the film is to criticize the cold heart and indifference toward others' misfortunes.

Seo Young-hee acts this Kim Boknam character who starts out as innocent and unaware of the hardships of the world and changes into a cruel woman. Her acting is as if she is possessed by her character. The award she received is the second after the film "The Chaser".

Movie scenario was awarded also in 2008.

"[ChanMi's star news] "Bedevilled" to be released in September"
by HanCinema is licensed under a Creative Commons Attribution-Share Alike 3.0 Unported License.
Based on a work from this source