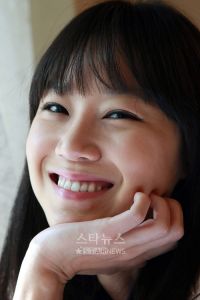 As the main actress in "Crush and Blush" Gong Hyo-jin fully deserved to earn this Best Female Character Award!

At the 7th National Movie Awards Ceremony, as she received the award she honestly replied that she really wanted this award and that she wanted to be successful in her acting so much.

There are many actresses who may boast their beauties, thus, as of now... Gong Hyo-jin never had a role where she was the beauty. She was either the rebel high school girl, random girl with a unique mind, or a tough teacher.

However, even with these roles, she really can be on the top as the best actress who is talented at her work. She is an actress who can boast that she has the acting as her highest skill! 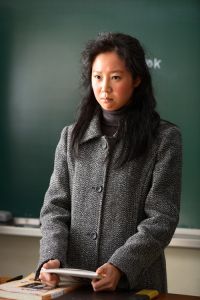 "[ChanMi's star news] Gong Hyo-jin is awarded the Best Female Character Award"
by HanCinema is licensed under a Creative Commons Attribution-Share Alike 3.0 Unported License.
Based on a work from this source