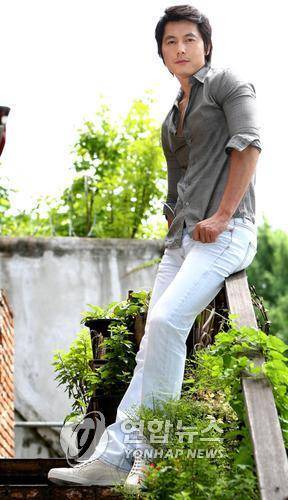 One of the leading actors of "The Good, the Bad, the Weird", Jung Woo-sung confessed that he broke up with his girlfriend of 10 years.

He didn't tell the specifics of his relationship and would rather keep it private. He said that he isn't interested in getting married anytime soon.

His fans know that he had a girlfriend who was older than him since his debut. However, he never revealed who she was.

Jeong also said that he missed the right timing for marriage. And as of now, he would rather stay single and focus on his career.

His movie, "The Good, the Bad, the Weird" will be released this 17th.

He has been asked to star in a drama based on a Japanese comic "City Hunter" and is optimistic about it. The fans are eager to hear what other projects he will be doing now that the movie is completed.

"[ChanMi's star news] Jung Woo-sung, single after a ten year relationship"
by HanCinema is licensed under a Creative Commons Attribution-Share Alike 3.0 Unported License.
Based on a work from this source