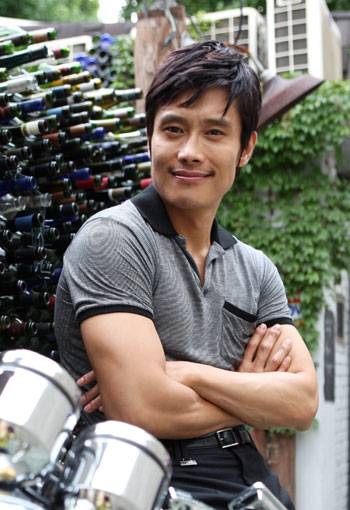 Lee Byung-hun has just finished his press tour for the movie "The Good, the Bad, the Weird" and will be leaving for the U.S. without a break.

He will be starred in the later parts of "G.I Joe". Lee has filmed for this film in Prague until June last year and came back to Korea in November for "The Good,..".

Lee has also met Josh Hartnett in Hong Kong when he went to film for the movie "The Good, the Bad, the Weird" last year and was asked to part take in "Come with the Rain".

His first Hollywood movie, "G.I. Joe" will be released nect August. Lee has been working with the same agency CAA as Steven Spielberg and Tom Cruise.

"[ChanMi's star news] Lee Byung-hun leaves for the U.S"
by HanCinema is licensed under a Creative Commons Attribution-Share Alike 3.0 Unported License.
Based on a work from this source