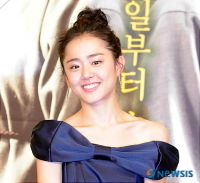 It is known that for the last 10 years, the 'angel' that donated the most has been a female actress in her 20s.

The social benefitiary society has said that a female actress of about 20 years old has donated up to a total of 850.000 dollars and 170.000 million dollars a year.

The identity of this female will not be revealed, because she did not want to. But, is is definitely a popular actress who is in a drama and has been in several commercial films.

Many fans and reporters have researched and came to the hypothesis that this actress is 21 year old Moon Geun-young who is already known as a charity angel.
Moon is known to have made donations to a scholarship organizations regularly and she has done a lot of volunteer work.

Moon has once said that it would be her role to help the community as a promise to her parents being an actress.

"[ChanMi's star news] Moon Geun-young, donated 850.000 dollars total?"
by HanCinema is licensed under a Creative Commons Attribution-Share Alike 3.0 Unported License.
Based on a work from this source