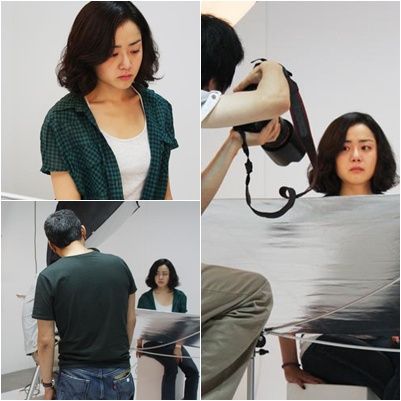 Actress Moon Geun-young is in a new still cut of a set in her new play.

The play, "Closer" stars Moon and this poster being taken will be used to promote this play.

Moon will be acting as the main character who has wounds that need to be revealed. The character's name is Alice and she finds out that her love, Dan is in love with another woman called Ann. The staff helped her get in the mood for the emotions that Alice must feel and capture it to use it for the posters. Moon sheds tears for this role.

The debut play for Moon will start on the 6th.

"[ChanMi's star news] Moon Geun-young in "Closer" play"
by HanCinema is licensed under a Creative Commons Attribution-Share Alike 3.0 Unported License.
Based on a work from this source