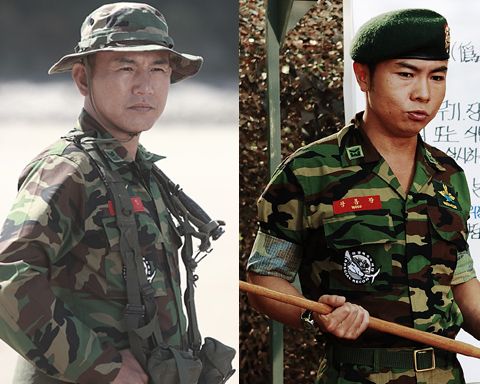 Their transformation is great!

There has been many main action films such as "The Good, the Bad, the Weird" and ""Running Wild" starring Son Byung-ho. There was also the film, "Dachinawa Lee" starring Im in a very impressive role.

These two actors are one of the skilled actors in Korea. The two are in the film together as very masculine characters of the Korean marines. Not just regular marines but the top 1% of the marines in the special force called the Eagles.

They are snipers and great warriors.

To prepare for this film, they actors had to go to action school two months before filming. They trained their bodies and the military lifestyle to be well fit for their roles.

This greatly anticipated film will be released in May 6th.