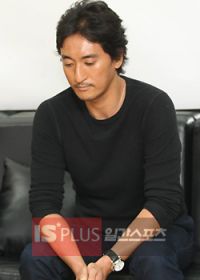 Shin Hyun-joon has been sued by his manager for harrassing him and now he has honestly revealed his point of view finally.

He apologizes for any worries and issues brought up.

The manager had been late in schedules for a film festival and a conference interview that led to a dutch rub on the head!

In addition, there was an incident that the manager was also late from a car wash that a public event got delayed. Shin disciplined the manager by hitting him with a newspaper.

However, the manager has a different story that Shin had punched him in the chest because of mistakes.

Shin said that because they have been working together for 6 years and have been like brothers that recent problems might have hurt his feelings. Furthermore, Shin wanted to announce a public apology statement, but it was no use for the manager.

Inspecting the manager's point of view has been delayed by the police. More investigations will be made on this case.

The movie star is currently filming the new movie, "Sin of a family".

"[ChanMi's star news] Shin Hyun-joon reveals his side of being sued"
by HanCinema is licensed under a Creative Commons Attribution-Share Alike 3.0 Unported License.
Based on a work from this source