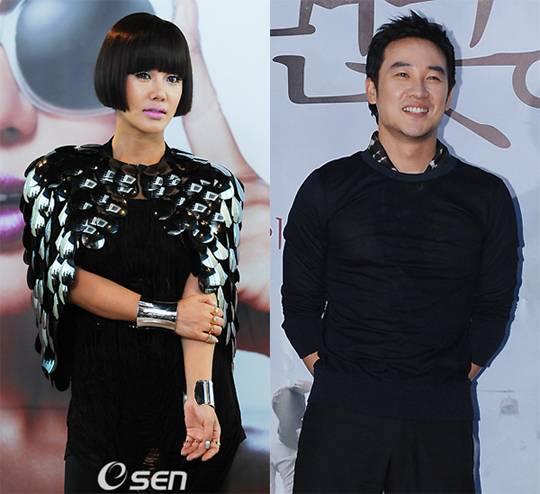 She said that her brother had once told her to sing and act as much as she can because he respects her ability to do all those even though other say that she's too old for a sexy image competing against other younger artists.

The two star siblings argue and joke around that they are more popular than each other.

So, what kind of a man is Uhm Tae-woong in his sisters' perspective? Uhm Jung-hwa says that her brother, Uhm Tae-woong is quiet and has a stubborn side. If he had a girlfriend, she would be bored!

"[ChanMi's star news] Uhm Jung-hwa's biggest support, brother Uhm Tae-woong"
by HanCinema is licensed under a Creative Commons Attribution-Share Alike 3.0 Unported License.
Based on a work from this source