Character study - The man who drives me crazy 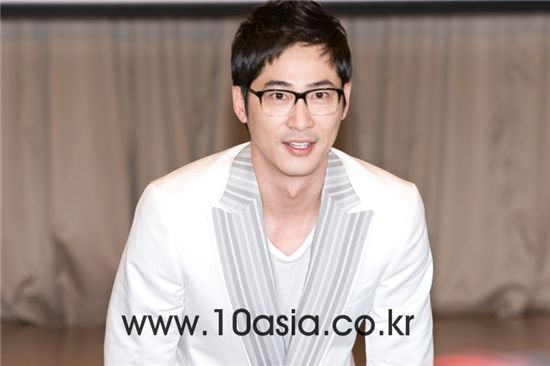 "How can he be so famous, rich, capable, handsome, friendly, well-manned and modest? How can he be this perfect?" That was the impression Kang Seung-yeon had of best-selling writer Lee Jin-soo before she started working as his secretary. Lee Jin-soo would flash her a gentle smile and insist on using the highest form of honorifics when speaking to his much-younger secretary, saying "I could not speak down to you -- you may be younger but you are still an adult". Well, that all changed when she took the job.

When she makes him a cup of coffee, he would tell her "Thank you, it tastes good" but throw it away behind her back and make his own coffee. Turns out he is a perfectionist, who practically became a barista when he "couldn't find a coffee place that was perfect for [his] taste and decided to dig into studying coffee because [he] thought it would be faster". He looks down upon amateurish people like Seung-yeon, smiling as he says "I am more picky than I look. How can an amateur keep up with me? Why are you trying to do the impossible? I don't think you can do this". Plus, what she gets from him after not giving up and giving her best shot are openly vicious criticisms such as "You didn't make this to poison me, did you?", "Looks like it'll be lunchtime by the time I get my morning coffee" and "This is looking more and more like poison, which seems to be your talent".

When senior writer Ji-won brags about his book, saying "How is it? Don't you think readers are going to cry after reading this?", he is only as half-mean as his usual self and responds, "I think they will shed bloody tears". But when he makes up his mind to really screw someone over, he will desert his victim in the middle of a ranch, laugh an evil laugh and proclaim, "You have to put in time, effort and money even when you are trying to screw someone over". The man looks like he is on the verge of going crazy. As a insomniac, he sends Seung-yeon to quiet down the noise from his neighbors, saying "I can't do it because I am famous. You want me to fight with the neighbors?" It only shows the man is too timid to fight himself. Then why are more and more women dreaming of becoming his secretary? To those female viewers who would misinterpret his saying "It is a bit uncomfortable not having anyone around" as "I can't live without you", just what do you expect from writer Lee!

"Character Study: Lee Jin-soo in "Coffee House""
by HanCinema is licensed under a Creative Commons Attribution-Share Alike 3.0 Unported License.
Based on a work from this source