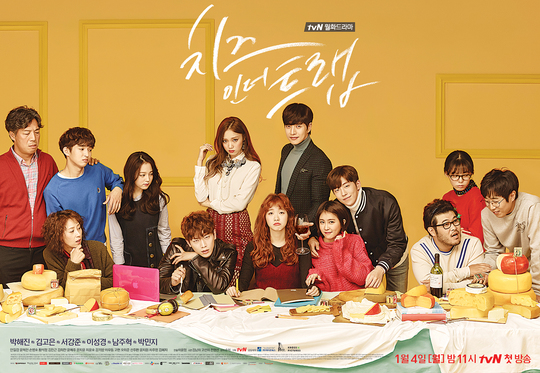 "Cheese in the Trap" is about to go on vacation but will it be a fun one?

The "Cheese in the Trap" team is scheduled to leave for Phuket, Thailand on the 2nd of March. It is a well deserved vacation as the drama was well on the roll and set a new record for tvN dramas.

However, the internal atmosphere isn't too bright. Park Hae-jin in the role of Yoo Jeong has expressed his complaints in several media interviews and even the viewers have a lot to say about the turnout of the story. Things have become worse with the writer of the original web-toon mentioning 'lack of communication' with production team.

Speculations became worse when the production team didn't release any statement about the current issue. The so-called 'lack of communication' between Park Hae-jin, director Lee Yoon-jeong and the web-toon writer hasn't been officially discussed and only rumors run on. In the end, CJ E&M released an official statement on the 29th saying, "We are sorry about the lack of consideration from the original writer".

The statement added on, "The remaining fifteenth and sixteenth episodes were written way before the criticism started and we hope they are watched without prejudice. We will release another statement regarding the final episode".

In the meantime, the vacation seems like it's going to go on as planned. Park Hae-jin claimed he didn't get notice of the vacation so he won't be attending and so did Lee Sung-kyung and Nam Joo-hyuk who have other work scheduled. According to several sources, even Kim Go-eun, Seo Kang-joon and other supporting actors might not be going on the trip as well. Even with a day left until departure, several people are contemplating going or not. Nevertheless, the trip can't be cancelled and many are being convinced to go. Besides, the cold atmosphere isn't helping.

A source from the drama department said, "The vacation was meant as a celebration for the success of the drama but there has been too much fuss about the drama. Even if everyone decides to go, we don't know if it will mean anything".

""Cheese In The Trap" controversy, vacation turned thriller"
by HanCinema is licensed under a Creative Commons Attribution-Share Alike 3.0 Unported License.
Based on a work from this source