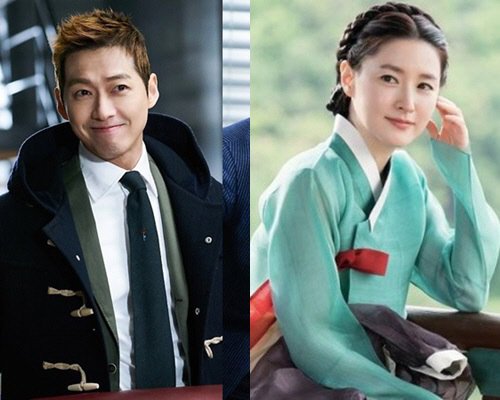 According to Nielsen Korea, KBS 2TV drama "Chief Kim" rated 18.4% on the 1st of March. This is 2.2% more than the previous episode and a record breaker. The most recent record was 17.8%.

SBS "Saimdang: Light's Diary" has been dropping and yesterday it came down to 9.6%. It beat the lowest record of 9.7%.

Despite worries that "Chief Kim" was going to struggle against "Saimdang: Light's Diary", the performance of the cast and the satisfying storyline of the drama has been getting good reviews and setting new records.

On the other hand, "Saimdang: Light's Diary", a pre-production, was greatly anticipated since the beginning of its making but it hasn't been creating expected results. It started on the 26th of January and was in the lead for a while but it didn't last very long. The numbers started falling and currently the gap between "Saimdang: Light's Diary" and "Chief Kim" is getting bigger.

""Chief Kim" sets record and creates gap with "Saimdang: Light's Diary""
by HanCinema is licensed under a Creative Commons Attribution-Share Alike 3.0 Unported License.
Based on a work from this source