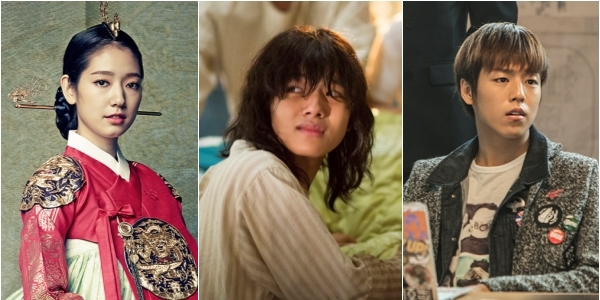 The child actors who have become successful adult actors these days are Yeo Jin-goo, Park Shin-hye and Lee Hyun-woo. These three actors are playing an exemplary role model with their great performance on silver screens as well as small screens.

Yeo Jin-goo emerged as a star especially with his popularity amongst young adult female fans. He made a mature manly presence during the Blue Dragon Awards ceremony last year, which was compared to his cute image as a child actor at his elementary school age.

Yeo Jin-goo will play the role of Soo-myeong, a shy, well behaved mental health patient in the movie "Shoot My Heart". The film depicts a story that unfolds after Soo-myeong has met a friend, Seung-min (Lee Min-ki) of his age, who acts unpredictably. Soo-myeong will go through a transformation from someone with close-minded personality to the one who tries actively to find a real life.

Park Shin-hye is also a good example among actresses. She made a glamorous presence appealing as a beautiful mature lady in the movie, "The Royal Tailor". She also is starring in SBS TV's popular drama "Pinocchio" as an enthusiastic and hardworking news reporter.

Lee Hyun-woo also debuted as a child actor and made a successful presence as an adult actor in the movie ' Secretly and Greatly' (2012). Recently, he took on the role of the genius hacker, Jong-bae in "The Con Artists" and is becoming one of the rising stars on Chungmuro.

"Child actors who have become successful adult actors, Yeo Jin-goo, Park Shin-hye and Lee Hyun-woo"
by HanCinema is licensed under a Creative Commons Attribution-Share Alike 3.0 Unported License.
Based on a work from this source