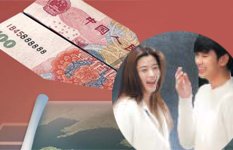 Chinese investors are increasingly putting their money into Korean TV soap and movie productions as they continue to enjoy huge popularity on the mainland and beyond.

That means they can also flex more muscle in showbusiness here.

According to industry sources, Chinese investors get involved in almost all stages of the productions from casting to promotion and naturally take a bigger cut of profits if any productions succeed in China.

A joint film project pursed by CJ E&M, one of the largest entertainment giants in Korea, was halted again recently after 10 years of negotiations with Chinese investors. Industry sources said that it is because producers were unable to cast Kim Soo-hyun or Lee Min-ho, who are the hottest Korean celebrities in China these days.

When the soap "My Love from the Star" was in the process of planning and was projected not to fare well in China, producers decided to cast Park Hae-jin, who is more popular in China than in Korea, because that was likely to boost the appeal of the soap.

The drama turned to be a huge hit in China, but its producers only earned a paltry W670 million (US$1=W1,068) there by selling them to a Chinese video website, which apparently made more than W100 billion in sales.

All this shows that the desperation of Korean producers to keep a foothold in the Chinese market can come at a high price.